Greentube enters the realm of fairy tales in Diamond Tales™: The Ugly Duckling

The five-reel slot with 40 win lines, created in collaboration with Royal Casino Denmark, is based around the famous fairy tale written by Hans Christian Andersen 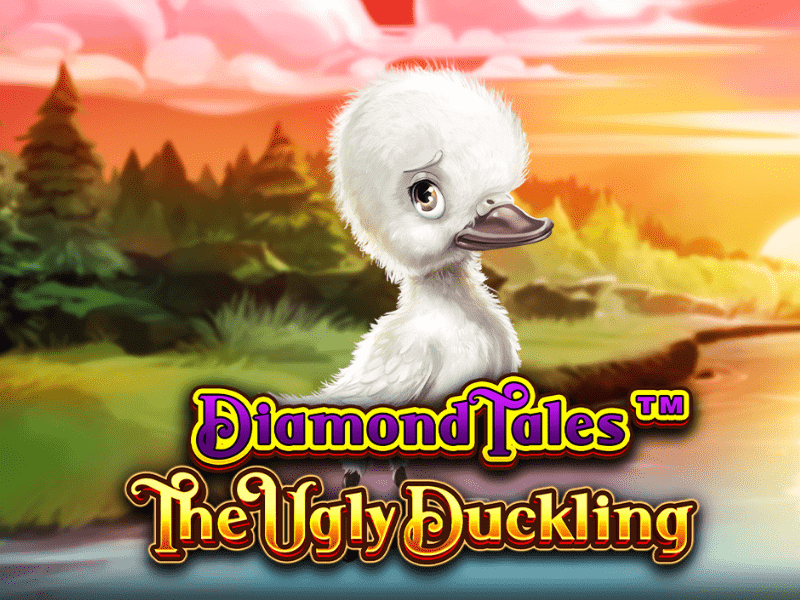 Greentube, the NOVOMATIC Digital Gaming and Entertainment division, is inviting players to experience a quacking adventure in its latest magical release Diamond Tales™: The Ugly Duckling.

The five-reel slot with 40 win lines, created in collaboration with Intellectual Property owner RoyalCasino Denmark, is based around the famous fairy tale written by Hans Christian Andersen. The storyline unfolds as players progress through each season and live the journey of the ugly duckling developing into a beautiful swan.

The aim of the base game is to collect Diamond Hearts in the Special Reel to help progress the story and reach the Swan Feature. These diamond hearts also influence your winnings in the Diamond Tales feature.

The Diamond Tales™ Feature is triggered by three Book Bonus Symbols appearing on reels one, three and five. The player enters the feature with one extra Heart added to every space in the Special Reel. Three Free Spins are awarded, which re-trigger every time a new Diamond Heart falls on the main reels. If a Red Diamond Heart appear on a reel, its value will be added to any Red Diamond Hearts that previously landed on the same reel.

Gold Diamond Hearts act as multipliers in the feature. With each consecutive chapter of the game, starting with Spring and ending with the Swan Feature, an additional Gold Diamond Heart is added to the Diamond Tales™ Feature, up to a maximum of five.

Diamond Tales™: The Ugly Duckling also includes a Buy Bonus feature that takes players straight into the Diamond Tales feature, in those jurisdictions where it is permitted.

Markus Antl, Head of Sales and Key Account Management at Greentube, said: “We wanted to create a world that evokes beauty and possibility and in Diamond Tales™: The Ugly Duckling, our design team has done exactly that.

“On top of a well-known story line we created a game that includes several features and develops throughout its gameplay. Diamond Tales™: The Ugly Duckling is an exciting title that will have players on the edge of their seats as they aim to give the fairy tale a truly happy ending. We see this title as one that will appeal to a wide range of players in markets worldwide.”

Per Petersen, CEO of RoyalCasino, said: “The Ugly Duckling is a well-known and much-loved tale across the world. With it origins in Denmark, we are thrilled to have worked together with Greentube to introduce the story as a slot to players around the globe.

“We are thrilled with the result as the game really does the original fairy tale justice while adding an element of excitement and thrill. We can’t wait to let customers experience the story once more as they help The Ugly Duckling evolve into a swan with winnings along the way.”